A single shot given every two months has proved to be more effective than a daily pill at preventing H.I.V. in women, researchers reported on Monday, an advance that medical experts hailed as groundbreaking in the fight against the deadly virus that causes AIDS. From a report: The finding that the long-acting drug would prevent H.I.V. in six doses taken over a year instead of the 365 required for the prevention pill currently on the market was so convincing the researchers decided to end their clinical trial of the drug early. “It’s a game changer for women,” said Dr. Sigal Yawetz, an expert on women with H.I.V. at Brigham and Women’s Hospital in Boston who was not involved in the trial. Women and girls accounted for about half of all new H.I.V. infections in 2019, according to Unaids, a United Nations organization that leads the global fight against H.I.V. and AIDS. In sub-Saharan Africa, five in six new infections among adolescents ages 15 to 19 are among girls. “If we’re going to get to the end of the epidemic, we have to do something to stem the tide of infection in those women,” said Dr. Kimberly Smith, head of research and development at ViiV Healthcare, which manufactures the injection. “That is why this study is so important. It gives a new, incredibly effective option for women.” Women have had only one approved option for pre-exposure prophylaxis, or PrEP, a course of drugs taken to prevent contracting H.I.V.: the daily pill Truvada, made by Gilead Sciences. (A second pill also made by Gilead, called Descovy, was approved in October 2019, but only for men and transgender women.) 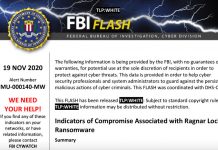 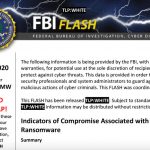 The Admin - November 25, 2020
0
The European Union will seek to overhaul the system for key patents such as those that have fueled legal battles between car makers and...

The Admin - November 25, 2020
0
The U.S. Securities and Exchange Commission has proposed rule changes that would make it possible for gig companies to give equity to their workers...

Unleash the digital workforce with HCI from Comstor

Here is the man accused of the Experian data breach